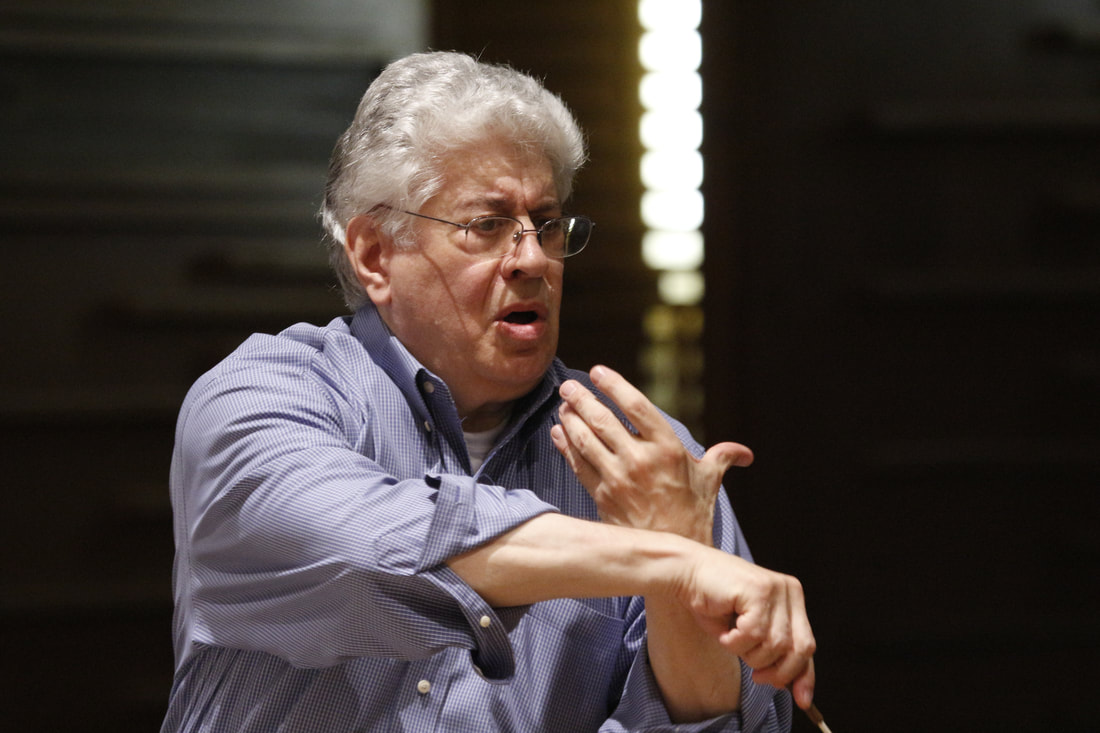 Maestro ﻿Paul Nadler﻿ has distinguished himself as an exciting and highly respected symphonic and operatic conductor. Since his Metropolitan Opera debut in 1989 he has led the company in more than 60 performances.  This Season, Maestro Nadler will be conducting Richard Strauss' Elektra at the Metropolitan Opera.  Most recently at the Met Maestro Nadler conducted a new production of Franz Lehár’s The Merry Widow, starring Renée Fleming in the title role, as well as performances of Giuseppe Verdi’s Ernani.  Recently he has conducted Johann Strauss’ Die Fledermaus, and Antonin Dvořák’s Rusalka at the Met, as well as a hugely successful series of Puccini’s Turandot at Opéra de Montréal.  After concerts this spring with the Bucharest Philharmonic and Iasi Philharmonic Orchestras in Romania, followed by a double bill of Mascagni’s L’Amico Fritz and Zanetto at the Montréal Vocal Arts Festival, Maestro Nadler returns to the Jacobs School of Music for Gioacchino Rossini’s Il Barbiere di Siviglia and a series of four symphony concerts during the 2015-2016 season.

Paul Nadler is Conductor Emeritus of the Southwest Florida Symphony Orchestra and Principal Guest Conductor of the Filarmonica de Stat Iasi (Romania).  Co-Founder and Music Director of the International Vocal Arts Institute, he returns each summer to this prestigious professional workshop.  Early in his career he won the Jerusalem Symphony Competition.  In 1974 Maestro Nadler founded the Cincinnati Chamber Orchestra, where he remained as Music Director and Conductor through 1983.  He returned to the Chamber Orchestra in 2008 to lead a celebration in honor of its 35th season.

In Season 2016/17, Paul Nadler opened the season in the Opéra de Montréal with Aida.  He was conducting a concert in Indiana University Jacobs School of Music, and a world première of music composed by George Foca-Rodi in Romania.