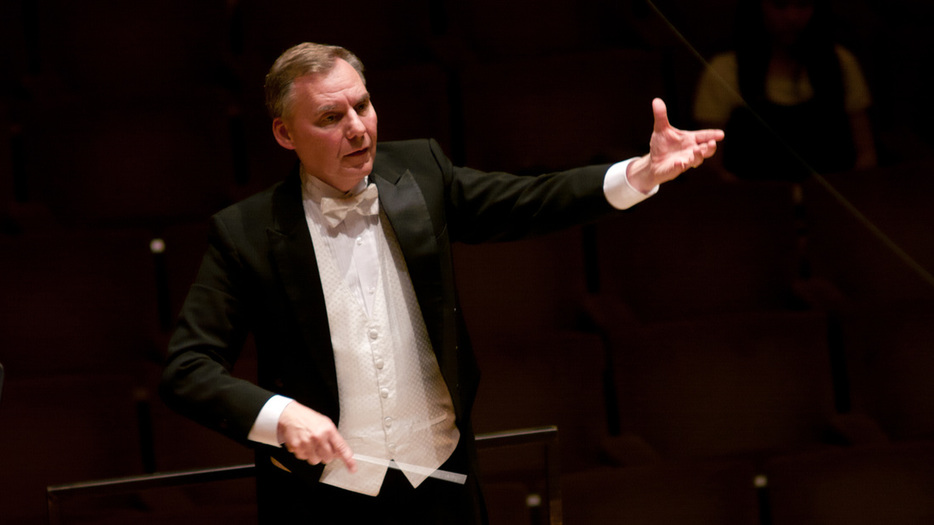 Schleicher has conducted the National Philharmonic of the Ukraine, the Guiyang (China) Symphony, the Gwangju (South Korea) Symphony, the Inchon (South Korea) Philharmonic, the Daegu (South Korea) Symphony Orchestra, the Orquesta Filarmonica de la UNAM of Mexico City, the South Dakota Symphony, and the orchestras of Bridgeport, Tallahassee, and Lansing. He has also appeared as a guest conductor at the Great Lakes Chamber Music Festival in Detroit. In 2015, he returned to the PMMF to lead the festival’s 25th Anniversary Season by conducting their production of “The Barber of Seville” as well as leading the PMMF Symphony Orchestra in Beethoven’s monumental “Symphony No. 9.”

He is frequently invited to lead performances or provide conducting master classes at many of the countries major music schools such as the Oberlin Conservatory, Eastman School of Music, Baylor University, University of Minnesota, Ithaca College, Ohio State University, the University of Missouri, and Shepherd School of Music at Rice University. As an enthusiastic advocate of public school music education, Mr. Schleicher has conducted All-State orchestras, festivals, and youth orchestras in nearly every state of the United States. He is also active as a clinician for public school music educators. As a conducting professor, Mr. Schleicher’s class at Illinois is an international draw for talented young conductors. Many of his former conducting students have gone on to hold prestigious positions with organizations such as the San Francisco Symphony, the New York Metropolitan Opera, the University of Chicago, Richmond Philharmonic, the Philharmonia of Kansas City, and the Hartford Symphony. In the summers, Schleicher serves as the lead teacher for the International Conducting Workshop in Sofia, Bulgaria and the International Conducting Institute in Zlin, Czech Republic. He is also the principal teacher for the annual Conducting Master Class and Workshop Series in Chicago.