Join us in support of our Women's Conducting Scholarship Fund this Thanksgiving Season! 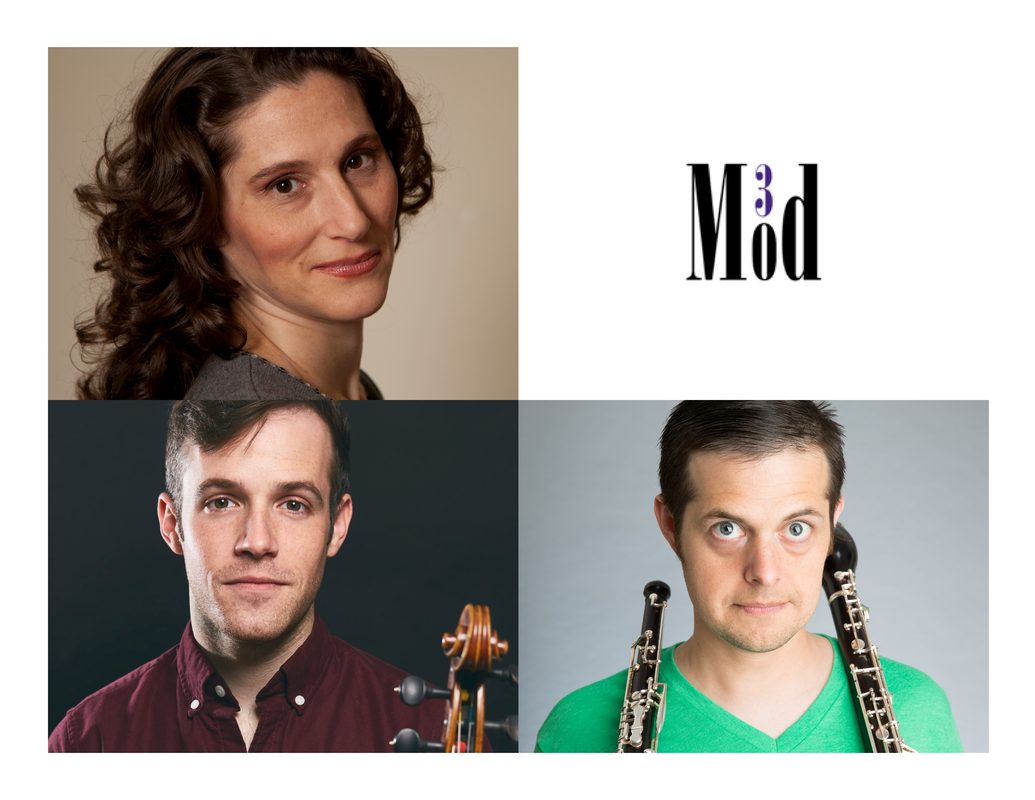 A fun evening of chamber music with Mod3, a versatile performance group, and to hear more about NYCI's upcoming 2018 International Women Conductor's Workshop and the impact of the first one that happened in March of 2017. Join us for light refreshments starting at 7:15pm, and the concert at 8:00pm Marc A. Scorca Hall at the National Opera Center (Opera America), 330 7th Ave, 7th floor, New York, NY 10001.

All proceeds will go to NYCI Women’s Conducting Scholarship Fund.
Get Tickets Here

About Mod3
The performers you see here today are one segment of a versatile performance group called “mod2” which consists of oboes and piano.  The term “mod” is reflective of the group’s ability to transform itself (or modularize) based on the literature chosen for the occasion.  Since today there are three performers, you will be seeing mod3, had there been a quintet, it would have been mod5.  The New York City based mod2 plays exciting standard literature written for variable instrumentation as well as new works and arrangements tailored for the group such as Prokofiev’s Peter and the Wolf and Queen’s Bohemian Rhapsody.  Mod2 aims to play music that is both musically fulfilling and engaging to any audience regardless of age or exposure to the traditional medium.

Carol Ann Aicher, piano
Carol Ann Aicher currently teaches graduate pedagogy at the Manhattan School of Music and was formerly Assistant Professor of Piano and Piano Pedagogy at West Chester University of Pennsylvania.  The Graduate Pedagogy courses she has taught at Manhattan School of Music since 2001 are for all majors; this approach using principles and skills that are applicable to every musician is a specialty that she developed that is unique in the field of pedagogy. In 2016 she was awarded the President’s Medal for Distinguished Service it is the highest honor bestowed upon the Manhattan School of Music Community by the President of the School.
Dr. Aicher incorporates contemporary educational philosophies and brain-based research into her courses. The curriculum is focused on increasing the students’ understanding of their own learning skills in order to help themselves as well as others.   The “Learning as a Process (LAAP)” philosophy of teaching, which was the subject of Dr. Aicher’s dissertation, has evolved to include new learning techniques to strengthen the connection between learning, practicing and performing; to reduce performance anxiety and to facilitate peak performance.   Currently she has teaching studios in both Manhattan and Langhorne Manor, Pennsylvania.
Carol Ann Aicher earned her Doctorate of Education from Columbia University Teachers College; a Master of Music degree in Piano Performance from Manhattan School of Music; a Piano Pedagogy Certificate from MSM’s Piano Pedagogy Institute; and a Bachelor of Music degree in Piano Performance with a minor in Music History from Oberlin College Conservatory.
Her teachers have included Joseph Schwartz, Sedmara Rutstein, and Nina Lelchuk for performance and pedagogy with Vera Wills.  As both soloist and accompanist Carol Ann has performed at many venues such as Longwood Gardens, Strathmore Hall, Tampa Bay Performing Arts Center, Lincoln Center, and Steinway Hall.   She is founding member of Mod2, a duo with English Horn player Kevin Chavez.
Together with Mr. Chavez and Ryan Michael Hartman, Dr. Aicher hosts the podcast “Greenroom Conversations: The Process, Unplugged,” a series of interviews with performing arts professionals. “Greenroom Conversations” explores successful individual careers for themes that may help listeners make their own artistic way.  www.greenroomconversations.com

Kevin Chavez, Oboes
Native Californian Kevin Chavez has been living in New York City since fall of 2010 in pursuit of exciting new musical ventures. In May of 2012 Kevin graduated with his Masters of Music in English Horn performance from the Manhattan School of Music after coming back to music from a three-year hiatus. In graduate school Kevin studied with Grammy-nominated Thomas Stacy, a 39 year veteran of the New York Philharmonic.
After graduating in 2003 with a Bachelors in Music from California State University in Long Beach, Kevin studied with highly sought-after LA studio musician Joe Stone and Los Angeles Philharmonic’s solo English Horn player Carolyn Hove. Kevin is also the owner and editor for “Reed eBooks,” which publishes a ground-breaking series titled “Making Reeds Start to Finish.” Under Kevin’s guidance, Reed eBooks has published two volumes. The first was written with the acclaimed Dr. Nancy Ambrose King in August 2012, and the second volume in the series was penned by famed bassoonist George Sakakeeny and released in the Fall of 2013.
In Fall 2014 Kevin co-produced and hosted the first season of the well-received podcast “Greenroom Conversations," in collaboration with audition coach, pianist and pedagogue Dr. Carol Ann Aicher. The second season expanded the interviews from exclusively classical performers to Broadway artists and collaborators, and added its third host, actor Ryan Michael Hartman.
Kevin performs oboe, English horn and Oboe d’Amore on recitals across the nation, and is currently developing a touring workshop series on the collaborative process, which aims to make the recital process fun and engaging for the audience.

Will Curry, Violin & Viola
Will Curry enjoys a diverse musical career as a violist, violinist, conductor, teacher, and orchestrator. Currently the violist and assistant conductor for the revival of Miss Saigon, Will has previously held the positions of violist and assistant conductor with the recent revivals of Fiddler on the Roof and Les Miserables. Prior to his time in New York, he was engaged as the associate conductor for the Mirvish's Les Misérables in Toronto and as the assistant conductor and concertmaster for the U.S. touring production of Les Misérables. He recently made his Lincoln Center debut with The American Songbook in a concert featuring the music of Andrew Lippa.
Will has released two albums, Fill in the Words and The Time of Year for Miracles, with actor-singer Ian Patrick Gibb, and can be heard on the cast albums of Fiddler on the Roof and John & Jen. Recently, Will contributed orchestrations to Lawrence Rush’s musical adaptation of Pride and Prejudice. Other orchestration credits include performances by Andrew Lippa, Carole Shelley, Christine Ebersole, Alysha Umphress, Jay Armstrong Johnson and Andrew Keenan-Bolger, Harvey Evans and Jim Brochu, Daniel Reichard, and cast members from Les Misérables.
Trained in the Suzuki method at The School for Strings, Will teaches violin and viola at Silver Music and is a teaching artist with Broadway Classroom. He is also the outreach director for the Broadway Chamber Players.
A 2010 graduate of The Bienen School of Music at Northwestern University, Will studied viola with Roland Vamos and conducting with Victor Yampolsky. 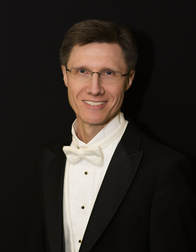 David Kimock, Baritone
David Kimock, earned a Master of Music degree in choral conducting from Mason Gross School of the Arts at Rutgers University and a Bachelor of Music degree from Westminster Choir College. As a member of the world-renowned Westminster Choir, he has performed at Carnegie Hall with the Orchestra of St. Luke’s and at Lincoln Center with the New York Philharmonic.  Mr. Kimock is a classically trained baritone who has performed in opera and choral productions throughout the United States, England, and Italy.  He has sung with early music ensembles based in Princeton, NJ and Champagne, Illinois. In November 2013, he led the Saint Andrew Choir on a tour to the Vatican where they celebrated Mass with the Cappella Giulia on the occasion of their 500th Anniversary. While in Italy, Mr. Kimock also conducted a formal sacred music concert for the city of Rome at the Chiesa Nuova. In 2015, he was the music director and chorus master for the World Meeting of Families and Papal Masses held in Philadelphia.  Mr. Kimock has served on the music faculty at the University of Delaware where he directed the University Chorale, Choral Union, and taught courses in Choral Literature and Choral Conducting. His teaching credentials also include The Lawrenceville School, Stuart Country Day School, Westminster Choir College, and Rutgers University. He has served as a board member and officer of the Association of Pastoral Musicians of Philadelphia and is a member of the National Pastoral Musicans and American Choral Directors Association. Mr. Kimock is currently the Director of Music and Liturgy at Saint Andrew Catholic Church in Newtown, Pennsylvania. 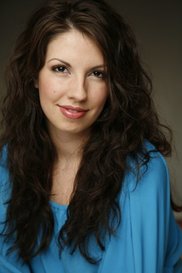